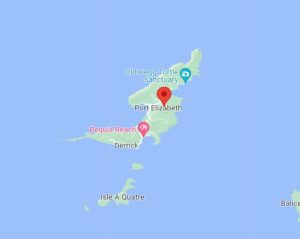 CSSN has received information that 3 additional burglaries have occurred in Bequia,  and they follow the report (2914) of same made earlier this month.  Burglary represents an escalation on common theft, with criminals’ arriving at locked yachts while crew are away, prepared  to break and enter with tools.  CSSN has just confirmed the details of the earlier incident with the victim (our initial report was secondhand), and updated the information it contained.

It has not been confirmed but it is believed the SVG Coast Guard has agreed  to perform patrols starting Friday, December 2nd.

If you are a victim, please take 5 minutes to complete the CSSN online incident report, it’s quick, confidential and keeps our cruising community fully and factually  informed.

Valued Alert! subscribers, unfortunately some vendor software issues prevented several of our ALERTS! from distributing by email in the normal way earlier this month. The CSSN website was and remains unaffected, so our popular Zoom-Tap Know & Go maps and the website pages have been complete and correct. Those who subscribe to instant, daily or weekly summary email ALERTS missed some or all of the 9 reports listed below. So we are catching you up – below are
the 9 incidents that did not reach our subscribers by email in the expected way. Thanks for understanding, the all
volunteer CSSN team.

• DATE: 2022-07-15 11:55
LOCATION: Martinique (France) – Fort de France
EVENT: Theft
HAND: 1
STOLEN ITEMS: center console dinghy/20HP Tohatsu outboard
SECURED: Locked
DETAILS: A cruiser cable locked their center console dinghy/ 20HP outboard at the main Ft. de France dinghy dock to
check in. Four(4) men sat on a bench opposite the dock. When he returned 90 minutes later at about noon, the men and
the dinghy were gone.
The victim contacted police and using information from installed cell based tracking devices they all went to a nearby
location and found the dinghy and 2 of the 4 men on a commercial day boat attempting to leave the area. It was clear
they had attempted to remove the engine, which was well locked to the dinghy.
The 2 men were taken into custody and a formal report was filed. The dinghy was returned to its owner. No forensics
were collected. Two days later the police contacted the victim and indicated that judicial officials were not going to
proceed with prosecution, and the 2 men had been released. No further explanation was provided.
ID: 2859

• DATE: 2022-07-15 03:45
LOCATION: Trinidad and Tobago – Trinidad – Chaguaramas – Power Boats
EVENT: Theft
HAND: 1
STOLEN ITEMS: AB 9’ inflatable dinghy
SECURED: Locked
DETAILS: A yacht berthed in Powerboats dinghy was locked upside down on the ground with a cable to a security post in
the Powerboats marina in Chaguaramas Trinidad. Marina video surveillance showed that two men dressed in dark
clothing and wearing masks arrived at 0345HRS in a white 28’ unmarked pirogue into the bay between The Lure Marina
and Powerboats Marina. The thieves came prepared with large cable cutters, cut the cable and then carried the stolen
dinghy to their waiting pirogue.
A report was made to the marina, the police and the marine police.
UPDATE : 22 July – TT police have arrested / charged 2 men, and recovered the dinghy and other marine items
ID: 2858

DATE: 2022-07-11 03:00
LOCATION: Saint Martin (France) – Marina Royale
EVENT: Theft
HAND: 1
STOLEN ITEMS: 2 type 1 pfd’s, heat gun/case
SECURED: Not Locked
DETAILS: A yacht owner was sleeping on board at the Geminga boatyard dock and awoke at 0300HRS to unusual movement of the boat. A thief was observed on deck and he departed quickly as the captain made some noise to indicate his presence and awareness. Two (2) type 1 pfd’s and a heat gun in its case were stolen.  A report was made to the yard/marina and video surveillance was reviewed. The thief appeared to be armed with a large knife. A police report is planned.
ID: 2856

• DATE: 2022-07-08 19:00
LOCATION: Martinique (France) – Le Marin – Leader Price dock
EVENT: Theft
HAND: 1
STOLEN ITEMS: Dinghy fuel tank
SECURED: Not Locked
DETAILS: A yacht owner returned to his locked dinghy at the Leader Price dock and found that the fuel tank had been
stolen. The tank was not locked to the dinghy and the thief cut the line despite the quick connect fitting. There was no
other damage to the dinghy and no police report was made.
ID: 2849

• DATE: 2022-07-08 20:00
LOCATION: Saint Lucia – Anse Canaries
EVENT: Robbery
HAND: 1
STOLEN ITEMS: Cash and personal electronics – tablet, cell phone
SECURED: Does not apply
DETAILS: At about 2000HRS two men armed with hand guns boarded a catamaran that had stopped for safe harbor
overnight in the north end of Canaries Bay, St. Lucia, while on passage from Martinique to St Vincent. They held the
singlehanding owner/captain at gunpoint in the salon and demanded cash and electronics that were readily surrendered.
A demand for the “big money” was made but there was no large stash to surrender. After about 45 minutes the 2 left with
what was assumed to be a third man who had remained in their boat. There were no injuries to the captain or damage to
the yacht. The yacht departed at first light, no police report was made.
ID: 2848

• DATE: 2022-07-08 16:00
LOCATION: Saint Lucia – Rodney Bay – Marina
EVENT: Other
HAND: 1
STOLEN ITEMS: N/A
SECURED: N/A
DETAILS: A female crew member of an owner operated charter catamaran boarded the local bus from the Rodney Bay
Marina gate northbound. During the short trip 2 local men who also boarded at this stop sat behind behind her and began
stroking and fondling her hair once the bus was underway. She turned around and sternly but politely asked them not to
touch her hair, and one of the 2 men continued to touch her hair and then made grossly inappropriate racial and sexual
remarks to her and about her to the other passengers. All other passengers turned away and ignored the interaction, and
she exited the bus at the next stop.
ID: 2852

• DATE: 2022-07-10 03:01
LOCATION: Panama – Bocas del Toro
EVENT: Theft
HAND: 2
STOLEN ITEMS: dinghy/outboard
SECURED: Not Locked
DETAILS: Overnight, and in-the-water and not locked dinghy/outboard were stolen from a yacht in the Red Frog
anchorage. The dinghy was ransomed back the next day.
ID: 2851

CSSN partner, Noonsite, has recently published a report on their website which can be viewed here:

It appears a local day boat and a yacht were affected in separate incidents, and complete details have not been made available by the reporting (local) press or officials there. 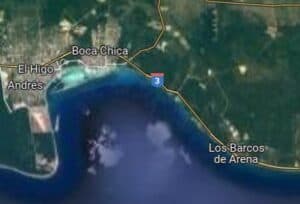 Take a few minutes and explore the many new functions available on the Noonsite website, including new options for supporting this valued organization.

It’s almost hard to believe but 25 years ago the founders of the Caribbean Safety and Security Net (CSSN) www.safetandsecuritynet.org began with a SSB voice net, and a goal to keep cruisers well informed and up-to-date about problems with dinghy theft in Venezuela. Fast forward 25 years and the many volunteers throughout the years are still delivering on the promise – fact based reports about crimes against yachts. CSSN delivers with new and contemporary device friendly tools, the CSSN website, and the daily KPK SSB voice net in partnership with the Seven Seas Cruising Association.

It’s now easier than ever to stay well informed and up-to-date, to KNOW BEFORE YOU GO! Cruisers can use the CSSN website, a 25 years long and well respected source for factual and focused safety and security information. There are helpful and popular tools like the interactive Zoom-Tap, Know & Go maps, including dedicated maps for piracy and the “must read” companion Piracy Precautions information, all from cruisers who have been there and done that. CSSN’s resources are for everyone, seasoned salts returning to the region and their favorite anchorages, and especially valuable for those new to cruising or the region who are planning to explore more broadly.

It’s all there on the CSSN website: Annual Reports that analyze and summarize activity; interactive Zoom-Tap maps for quickly and easily exploring activity by anchorage; and of course (FREE) subscriptions to email ALERTS!, CSSN’s incident reports delivered to their inbox when they choose.

Visit and explore the CSSN website today, stay well informed, and say a kind word of thanks for the 25 years of dedicated service CSSN volunteers have provided to the cruising community. It’s easy to help others by making them aware of CSSN and of the value CSSN continues to bring to our community. CSSN has been built for cruisers with the information provided by cruisers to help fellow cruisers to

KNOW BEFORE YOU GO! 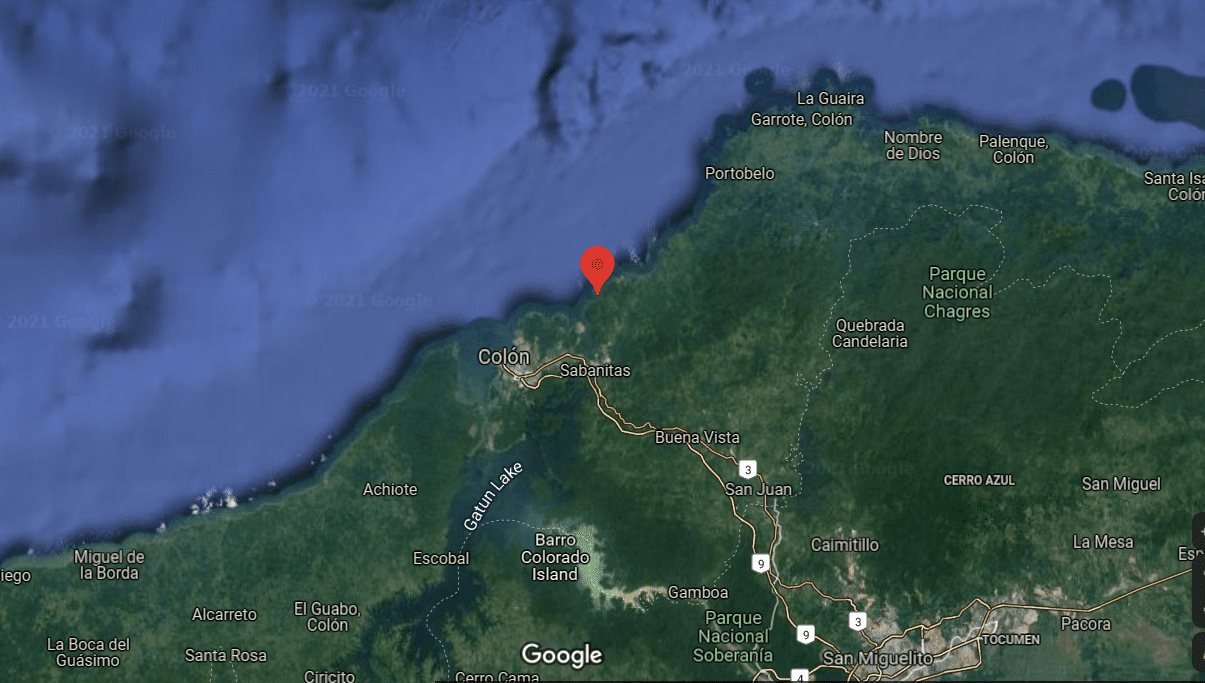