CSSN has received a report from a witness to a dangerous situation in Barbuda. Two cruisers who had been kiting had just packed their things into the dinghy to return to their yacht when they were aggressively approached, harassed and nearly attacked by 3 large and very aggressive dogs. This is a remote area with no road access or persons living nearby, described as the sand spit close to the wrecked/abandoned Lighthouse Bay resort, near Low Bay. 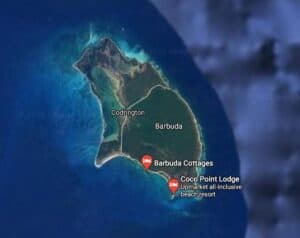 These dogs should be considered feral, and dangerous.

CSSN has informed an animal rescue organization in Antigua of the situation, and will update this report if any action is taken by them. The Antigua Department of the Environment, and the Barbuda Island Council have also been informed.