UPDATE: CSSN has received information from the SVG Coast Guard indicating the location of this event is substantially different from our earlier NEWS report. The correct location is approximately 1.5 miles off the coast of Mustique, at position 12° 50.32´ N, 061° 09.80´ W. The SVG Coast Guard also indicated that they are liaising with the Fisheries Department, Fisherfolks community, and other entities to mitigate against similar occurrences. Additional surveillance by the airwing of the Regional Security System of this area (Fads locations and fishing grounds) has been requested and additional patrols by the Coast Guard are being conducted. 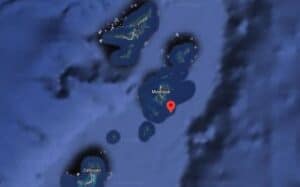 A SVG press outlet has published the following article, it describes piracy against 2 local fishermen off the east coast of SVG. Ten (10) Spanish speaking men armed with AK-47s and a fast boat overcame the fishermen and stole what little they had. A second article included a few additional details, including the armed pirates’ threat of hostage taking.

CSSN has been unable to make direct contact with the victims for a firsthand report, but we have asked SVG Coast Guard and other officials to confirm/correct the published information. We also asked some additional questions. No responses have been received. CSSN will as is our policy, update when and if we receive additional information.

While an act of piracy against a fishing boat is not included in our published incident reports or piracy maps (not a crime against a yacht, per se) this is not a first or single incident. What seems to be a similar set of bad guys did fire shots and attempt to board/pirate a sailing yacht in April 2019, between Grenada and Trinidad, and in September 2019 fishermen from Grenada encountered a similar sounding set of bad guys off the northwest coast of Grenada. As none of these perpetrators have been apprehended, and the chances that they might be are extremely low it remains unknown the range of their intended or consequential activities. It would be wise for all captains anticipating an arrival from offshore or an offshore transit to review their own plans should such an occurrence affect them. When possible, traveling in a well-planned group or convoy should be considered.

It’s a good time for all captains to review the CSSN piracy maps (note the acts against fishermen are NOT displayed there) and understand what has/has not happened in these varied situations. There are helpful piracy planning precautions on the CSSN website. The single best preparation is to have a well-defined and agreed plan. CSSN makes it easy for captains/crew to stay well informed and to KNOW BEFORE YOU GO !