CSSN would like to thank everyone who made reports, and those who offered constructive help and suggestions to help make our service even more useful.

More good things happened at CSSN this year. We announced our information sharing

partnership with Noonsite, enabling us both to bring our audiences even more timely and complete information. This partnership complements our continuing

We welcomed new members to our all-volunteer team and introduced several important new features on the website. It’s now easy to search our archived News and Incident Reports by month. We also added a very popular FAQ, answering your most asked questions. Behind the scenes a variety of performance and security enhancements were made as well. 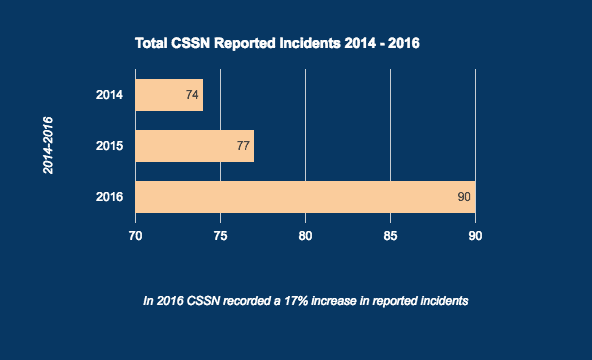 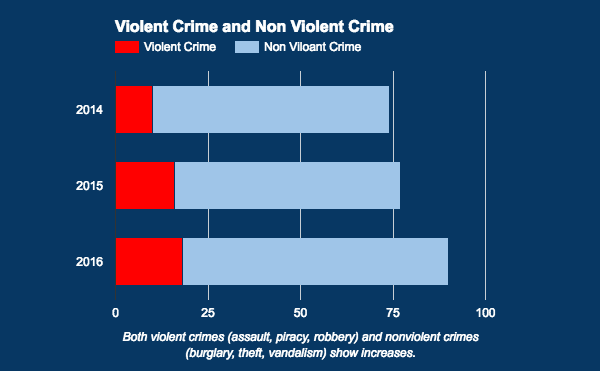 Both violent crimes (assault, piracy, robbery) and nonviolent crimes (burglary, theft, vandalism) showed similar increases. We received our first reports from Cuba (2) and for the first time, no reports from Venezuela – both likely a reflection of changing cruising destinations. 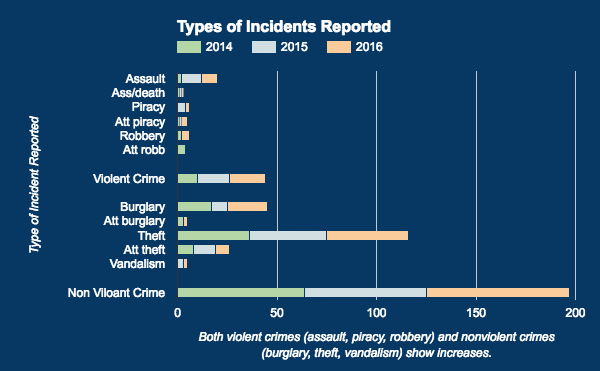 Violent crimes were reported in 6 countries in 2015, but increased to 9 countries in 2016. Violence ranged from restraint to serious injuries (including gunshot wounds) and sexual assault (rape), and death. See 2016 HOTspots Violent Reports 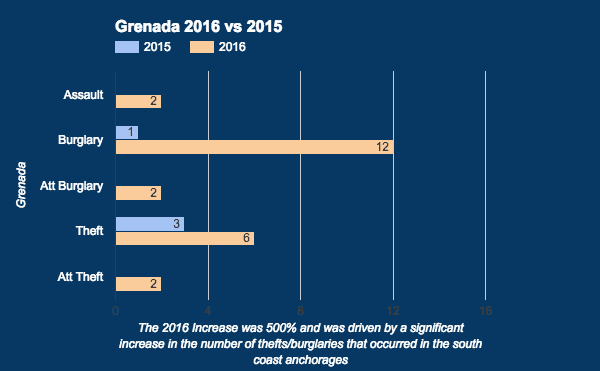 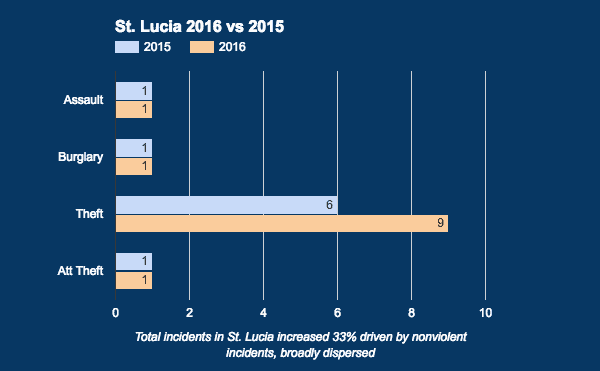 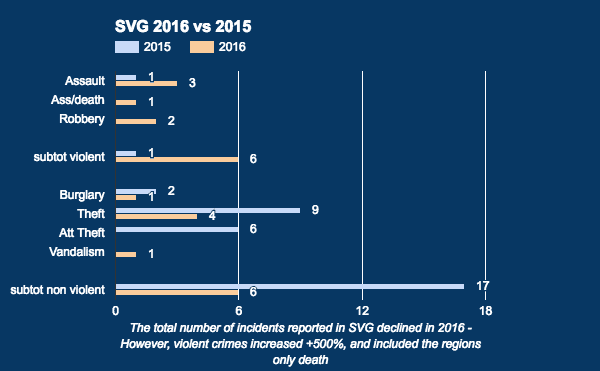 Saint Vincent and the Grenadines (SVG) – The total number of incidents reported in SVG declined in 2016, however, the mix of violent and nonviolent incidents was greatly changed in 2016. Violent crimes increased +500%, and included the region’s only death, and were reported from a variety of locations throughout the SVG island group. SVG violent incidents represent 33% of ALL violent incidents against yachts reported to CSSN for the entire region . Nonviolent reports in SVG actually declined, largely attributable to fewer reports from Canouan, which had the highest number of reports in the region in the prior year (2015).

First hand reports continued to dominate in 2016, bringing the most complete and best quality information to our community. We all depend on each other to self-report, and there is more to do. Please, help everyone by getting the word out. We have worked hard to make reporting accessible and easy.

If you are a victim, complete the simple online incident report, or contact KPK during the daily HF broadcast (SSB 8104 kHz at 12:15 UTC). If you hear about an incident, encourage the victims to make a direct first person report to CSSN. Or, make a report yourself (we will work closely with you to get all the facts available). CSSN’s site and data are tools for the cruising community, and we all share responsibility to use them wisely for our mutual safety and security.

CSSN remains an all-volunteer, independent, self funded team. Please encourage your friends to subscribe to (FREE) Alerts!, or follow us on social media, and include CSSN information in your risk assessments & precautions – so you …

We always welcome your feedback and suggestions, simply click the