“Three decomposed bodies were found by kite surfers on Saturday night (20 June 2015) off Cap Chevalier, on the eastern side of the island and another body was found last Thursday at Anse Aux Bois.

Investigations are being conducted to determine whether any of the bodies found are of the missing men.

On the heels of a search for four men who left Martinique almost three weeks ago for St. Lucia, and the discovery of four bodies in the French island, police have confirmed that seven men left St. Lucia for Martinique on June 13, but never reached their destination either.

The seven left on the fishing boat ‘Same Speed’ around 2 o’clock that morning.

A search for those men is now underway.” 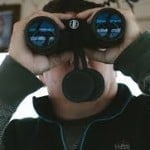 Boat Watch: Since so many of the cruising community transit the waters near Martinique and St Lucia, this boat watch is an opportunity for cruisers to help local mariners.

“Almost two weeks after they left the shores of Martinique, four men who were destined to arrive here(St Lucia)  on Friday, June 5, are still missing at sea.

Inspector John Preville told St. Lucia News Online (SNO) today (June 19) that the search for the missing men continues. He said his counterparts in Martinique have been sending out radio messages, requesting that other vessels look out for the pirogue or signs of any of the missing men.  Searches have already been conducted in Rodney Bay and Marigot, and Martinique marine deployed an aircraft.

The pirogue is powered by a 150-horse power Yamaha engine and had four passengers, including the captain, Wilfred Deterville, who is originally from Richfond, Dennery. Deterville reportedly left Martinique at about 4 a.m. on Friday, June 5 and was expected to arrive in St. Lucia before noon. He was transporting groceries and was accompanied by three other men from St. Lucia, namely Rudolph (only name given), Kurt Richard and Alvin Tristan.”

Contact CSSN with any information and we will relay it to the proper authorities.